A webinar series presented by the International Thomas Merton Society and the Bernardin Center at Catholic Theological Union on the second Tuesday of each month.

Audio-only versions also will be available later via podcast.

Thomas Merton and Black Lives Matter:
Spirituality and Racial Justice for Our Time 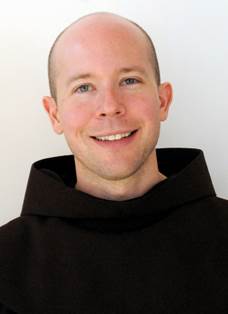 This presentation offers a look at the shared insights and important challenges that Merton's writings on racism and racial justice and the contemporary Black Lives Matter movement offer to contemporary women and men of good will, especially those who are white. In many ways, Merton was ahead of his time as he critically analyzed the realities of systemic racism and white privilege in America during the Civil Rights movement. His writings and legacy continue to offer us spiritual grounding for the continued fight for racial justice in our own time.

Daniel P. Horan, OFM, is the Duns Scotus Chair of Spirituality at Catholic Theological Union in Chicago, a columnist for National Catholic Reporter, and the author of twelve books including The Franciscan Heart of Thomas Merton (2014). He is currently serving his fourth term on the ITMS Board of Directors and is on the editorial board of The Merton Annual. His forthcoming books include the tentatively titled Striving Toward Authenticity: Engaging Thomas Merton on Race, Justice, and Spirituality (Orbis Books) and he is editing for publication the correspondence of Thomas Merton and Naomi Burton Stone.

“...almost as if I had a sister”: Thomas Merton & Etta Gullick


Also available as a podcast: Tuesdays with Merton at Apple Podcasts

William Shannon described Merton’s correspondence with Etta Gullick as “the most charming set of all,” and yet she is little known in the United States and under-represented in studies of Merton and spirituality. After briefly introducing Mrs. Gullick, her work, and their correspondence and respective roles in priestly/monastic formation work, we will consider their exchange  on “progress” in contemplative prayer. Those zealous for homework will find  Merton’s letters to Gullick in William H. Shannon (ed.), The Hidden Ground of Love: The Letters of Thomas Merton on Religious Experience and Social Concerns (Farrar, Straus, Giroux, 1985).

Bonnie Thurston resigned a Chair and Professorship in New Testament to live quietly in her home state of West Virginia. She is author or editor of 22 theological works and six collections of poetry, and frequently contributes to scholarly and popular periodicals. Bonnie wrote an early doctoral dissertation on Merton and was a founding member and past president of the ITMS. She has published over 50 articles on Merton and given retreats and lectured on his ideas in the U.S., Canada, the U.K., Ireland, and Europe. She edited Thomas Merton and Buddhism (2007), Hidden in the Same Mystery: Thomas Merton and Loretto (2010), and Thomas Merton on Eastern Meditation (2012) and wrote Shaped by the End You Live For: Thomas Merton’s Monastic Spirituality (2020). Her work on Merton has been translated into Dutch, German, Italian, Japanese, and Spanish. Bonnie is an avid walker, gardener, cook, and lover of classical music.

What Does God's Gender Have to Do with It?
Merton's Awakening to the Feminine Divine


Also available as a podcast: Tuesdays with Merton at Apple Podcasts

Through image, word, and poetry, this presentation explores Merton's encounter with the biblical Wisdom tradition, the prophetic remembrance of God in a feminine key. How and why should the remembrance of God as Wisdom-Sophia shape our grasp of, and response to, the crises of our times?

Christopher Pramuk is the author of Sophia: The Hidden Christ of Thomas Merton, and At Play in Creation: Merton's Awakening to the Feminine Divine. He holds the University Chair of Ignatian Thought and Imagination at Regis University in Denver, and currently serves as the Vice President of the International Thomas Merton Society.